Eric is a 2008 graduate of Watauga High School where he is currently a science teacher and assistant football coach. While at WHS Eric participated in Football, Wrestling, and Baseball with football being his primary sport.  Eric led Watauga High School’s Football team to back to back trips to the final four in 2006 and 2007.  Some of his high school football stats are listed below:

•    8 Yards Per Carry average for Career

On November 1st of 2013 Eric’s #2 Watauga High School Football jersey was retired and is currently displayed on the Carroll Leather Field House at Jack Groce Stadium.

Eric attended Wofford College following his time at WHS and was eventually inducted into the Wofford Hall of Fame  in 2017.  Eric’s #7 jersey was also retired at Wofford on 9/24/19.  Eric was the Southern Conference Offensive Player of the Year in 2011 and 2012.  He was just the fourth player in conference history to earn the honor in back-to-back seasons. As a three-time All-American, Eric holds five Wofford rushing records, two Southern Conference rushing records and one NCAA rushing record. Following his senior season, he finished third in the voting for the Walter Payton Award (Most Outstanding Offensive Player in all of FCS Football). He led the Southern Conference in rushing for the second straight season with 2,035 yards, a school record and the second most in conference history. He had 19 rushing touchdowns to lead the conference and was second in scoring with 114 points. During his junior year, his 1,474 rushing yards were the most in the conference and rank third in school history. In 2009, he started the first two games of the season with 187 yards and three touchdowns before a knee injury ended his season. He returned in 2010 with 13 starts and 1,639 yards, which was a school record as he earned All-America honors. As a freshman in 2008, he played in 10 games with two starts, rushing for 395 yards and two touchdowns and was named the team’s freshman of the year.

In May of 2020 Eric was inducted into the Southern Conference Hall of Fame.

Brenda is a 1997 graduate of Watauga High School. While at WHS Brenda was a standout for our cross country, swim, volleyball, and track field teams.  Some of her high school accolades can be found below:

Following her time at WHS Brenda continued her academic and athletic career at Harvard University.  Some of her accolades while at Harvard Include:

Following her time at Harvard, Brenda would then go on to compete professionally. Some of her professional accolades include:

“In a dominant era of Brown University track and field, Lindsay Taylor emerged as one of the greatest all-around female athletes on College Hill. A specialist in the pentathlon and heptathlon, with extraordinary skills in several other events, Taylor rewrote the Brown record books repeatedly from the start of her freshman year until her graduation.  A captain of the women’s team during the 2000-2001 seasons, Taylor’s dedication to the sport set her apart. As Anne Rothenberg, an assistant coach during Taylor’s senior year, said, “She eats, breathes and sleeps track.”

Taylor was a member of the US Junior National Track and Field team as a high jumper before she ever competed in a Brown uniform. She also combined with her twin sister, Brenda, a track and field standout at Harvard, to lead her high school team to four consecutive state championships. Taylor competed for the Bears with the same level of excellence, winning 10 Heptagonal titles over the course of her career.  Taylor won the pentathlon, a one-day test of athletic ability in hurdles, high jump, shot put, long jump and the 800-meter run, during each of her four Heptagonal Indoor Championships. Every one of her winning performances broke the meet record, as well as the Brown University school record.

A repeat NCAA Track and Field Championship qualifier in the high jump, pentathlon and heptathlon, Taylor finished in 13th place in the heptathlon in the spring of her junior year. During her senior season, she was the second-ranked pent-athlete and hept-athlete in college athletics. She was named to the All-Ivy team in multiple events for both indoor and outdoor track during each of her four collegiate seasons, and she was also named to the All-East team for four consecutive years. A Mechanical Engineering concentrator, Taylor also earned a spot on the Academic All-Ivy Team as a junior. In 2001, she was the recipient of the Marjorie Brown Smith Award, given at Brown’s Annual All Sports Banquet to the outstanding female varsity athlete of the year.

Taylor currently holds six varsity track and field records at Brown, claiming the top marks in the 100-meter hurdles (13.85), the outdoor high jump (5’10.5”), the heptathlon (5,504 points), the indoor high jump (5’10”), the pentathlon (4,053 points), and the indoor 4×200 relay (1:42.02). Solidifying her athletic versatility, she also remains in Brown’s top ten in nine other events. On the indoor list, she ranks third in 55m hurdles, second in the long jump, seventh in the triple jump, and holds five of the top six performances in the 4×200 relay. For outdoor events, she ranks sixth in the 100 meter dash, seventh in the 200 meter dash, second in the long jump, ninth in the triple jump and holds three of the top 10 performances in the 4×100 relay.”

Danny is a 1979 graduate of Watauga High School.  While at WHS Danny participated in Football, Basketball, and Track and Field. Football was his primary sport.  Some of his high school accolades can be found below:

Following his career at Clemson University Danny was drafted in the 11th Round of the 1983 NFL Draft by the Los Angeles Rams.

Coach Jack Groce was a longtime coach, teacher, athletic director, and administrator at Appalachian High School and Watauga High School. Some of Coach Groce’s accolades can be found below:

Coach Carter Lentz is a longtime teacher and basketball coach at Blowing Rock High School and Watauga High School.  Some of his accolades can be found below:

Mike Kelly has been the voice of Pioneer Athletics since the Fall of 1996.  Through WATA radio Mike has broadcasted all varsity home and away football, basketball, and baseball games.  Mike’s first game that he ever broadcasted for WHS was a basketball game at Wilkes Central High School on December 6th 1996.  Mike has covered our coaches and athletes with the utmost professionalism and class over his 25  years covering WHS.  Mike has had a 39 year career in sports media coverage.  Mike is one of the most knowledgeable individuals you will find in regards to Watauga High School Athletics because of his passion and desire to do his job the right way while covering our teams, student-athletes, and coaches.  The contributions that Mike has made to our athletic department stem far beyond his years of service and he will always be “The Voice of the Pioneers!” 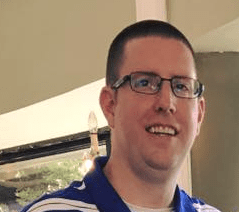 Commissioner Causey negotiates settlement on dwelling, calls for a hearing on mobile homes