From the opioid overdose epidemic to foodborne disease outbreaks and antimicrobial resistance to the Ebola virus outbreak in the Democratic Republic of Congo (DRC), CDC worked around the clock – and around the globe – to protect Americans from health threats in 2018.

“CDC has a long history of using the best available science and data to make public health decisions,” said CDC Director Robert R. Redfield, M.D. “My vision for CDC and public health here and around the world is to get people to see the possible. We have to be bold and innovative to eliminate disease, protect Americans from health threats, and improve the human condition.”

Here’s a closer look at some of the biggest health issues that CDC tackled in 2018.

A new CDC analysis of data reveals that life expectancy for Americans continues to decline — a troubling trend primarily linked to the drug overdose epidemic. Mortality rates increased for 7 of the 10 leading causes of death in the U.S. Drug overdoses continued to increase – 47,600 drug overdose deaths involved any type of opioid, including heroin and illicit opioids, representing over two-thirds of all overdose deaths.

Ever since CDC data revealed the extent of America’s epidemic of opioid overdose deaths, CDC has been at the forefront of efforts to combat the crisis. To help support CDC’s response and bolster state efforts, Congress appropriated $476 million in FY2018. As a result, CDC increased funding to reach all 50 states and four U.S. territories to scale-up prevention and response activities, including improving the timeliness and quality of surveillance data and advancing our understanding of the opioid overdose epidemic.

The ultimate goal is not just stopping outbreaks, but preventing them from happening in the first place. Throughout 2018, CDC has investigated and helped resolve several foodborne outbreaks, including E. coli infections associated with romaine lettuce, Salmonella in ground beef and Kosher chicken, and Listeria in pork products. These investigations are shedding light on ways to make the U.S. food supply even safer.

CDC and partners also continue to carefully study cases of Acute Flaccid Myelitis (AFM), a serious but rare condition that causes weakness in one or more limbs. In November, CDC announced the establishment of an AFM Task Force to aid in the ongoing investigation to define the cause of, and improve treatment outcomes for, patients with AFM.

Since August, CDC has been coordinating with the Democratic Republic of Congo (DRC)  Ministry of Health to respond to the second largest outbreak of Ebola in history. Earlier this year, CDC assisted in the response to an unrelated Ebola outbreak in northwestern DRC, which was brought to a quick end through a robust international effort. Rapid response is critical to contain any outbreak of viral hemorrhagic fever, but continuing a comprehensive response in DRC has been difficult because the affected area is remote, resource-challenged, and has serious security concerns. CDC is supporting the response with staff stationed in Kinshasa and WHO headquarters in Geneva, as well as in neighboring countries.

CDC continues to make strides in disease control and elimination; however, challenges remain. One health consequence of the opioid epidemic is a dramatic increase in infectious disease. Hepatitis C infections have more than tripled in recent years, and the evidence points to people who inject drugs being at a high risk for hepatitis C and other forms of viral hepatitis.

Additionally, CDC data released this year show steep and sustained increases in sexually transmitted diseases (STDs) in the U.S., including nearly 2.3 million cases of chlamydia, gonorrhea, and syphilis. This surpassed the previous record by more than 200,000 cases and marked the fourth consecutive year of sharp increases in these STDs.

In 2018, CDC released data showing the suicide rate among the U.S. working-age population increased 34 percent between 2000 and 2016. Additionally, suicide rates rose in nearly every state between 1999 and 2016. Suicide is the 10th leading cause of death and its rise has contributed to lowered life expectancy over the past few years. Comprehensive suicide prevention activities are needed to address the full range of factors contributing to suicide.

Chronic disease continues to remain a CDC priority. Despite being largely preventable, heart attacks, strokes, heart failure and other related conditions caused 2.2 million hospitalizations, resulting in $32.7 billion in costs and 415,000 deaths, according to CDC data. Many of these events were in adults ages 35-64. If every state reduced these life-changing events by six percent, 1 million cardiac events could be prevented by 2022.

The most effective way to protect Americans from health threats that begin overseas is to prevent, detect, and contain diseases at their source. This year, to advance global health security and protect Americans and U.S. interests, CDC continued to support more than 60 countries in building core capacities in disease surveillance, laboratory systems, public health workforce, and emergency management and operations.

The success of that support has been illustrated in many countries, such as in Uganda, a country that has partnered with CDC for many years. Today, Uganda’s national viral hemorrhagic fever surveillance and laboratory system is able to detect and respond to some of the world’s most dangerous viruses, like Ebola and Marburg, as well as other threats such as anthrax.  In Thailand, Guatemala, Kenya, Sierra Leone, and Zambia, CDC experts helped public health practitioners harness the power of technology to improve disease surveillance. In India, as a result of CDC’s support in hospital-based surveillance, laboratorians were able to rapidly detect and respond to a deadly Nipah virus outbreak.

Also this year, during the United Nations General Assembly in New York, the United States announced The AMR Challenge—a global initiative to combat the growing threat of antibiotic resistance (AR or AMR). This unprecedented challenge, led by HHS and CDC, charges global stakeholders like pharmaceutical and health insurance companies, food animal producers and purchasers, medical professionals, government health officials, and other leaders from around the world to take meaningful actions to address antibiotic resistance.

The UN also held its first High-Level Meeting (HLM) on ending tuberculosisExternal, which contributes to one third of the world’s AMR cases. In support of UN HLM targets, CDC is on the forefront of efforts to expand TB preventive treatment. CDC, as part of the U.S. President’s Emergency Plan for AIDS Relief (PEPFAR), is supporting the push to provide TB preventive treatment to 5 million people globally living with HIV by 2020, and is developing new tools for finding and treating eligible children.

No one knows what the next health threat will be, or where it will arise. What is certain is there will be future health threats – and that CDC will be on the frontlines.

“CDC remains committed to use science to protect the health of all people,” said Dr. Redfield. “The opioid epidemic continues to be the public health crisis of our time, and this is reflected in the recent CDC mortality data.  In addition, nearly 80,000 Americans died last year from influenza; I ask all Americans to take action now to protect their own health by getting a flu shot for themselves and their families. CDC will be hard at work to combat these and other urgent threats in the upcoming year.” 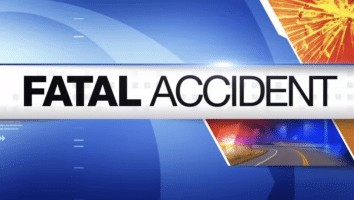